Just one year after the laying of the first stone of the project, and after an act that was attended by D. Pedro Rollán, Minister of Transport, Housing and Infrastructure of the Community of Madrid and Mr. Ignacio Vázquez, Mayor of Torrejón de Ardoz, as well as important actors in the logistics sector, the new Logistic Platform “Montepino Casablanca” has been officially inaugurated.

The event took place at 6 pm and during the same a detailed presentation of the platform was made to all attendees. Later a cocktail was served and it was possible to enjoy the modern lighting of the park and the great representativeness of it.

The Casablanca Logistics Platform has a strategic location, next to the Adolfo Suárez Madrid-Barajas Airport and fronting the A-2, one of the most important merchandise distribution hubs nationwide. 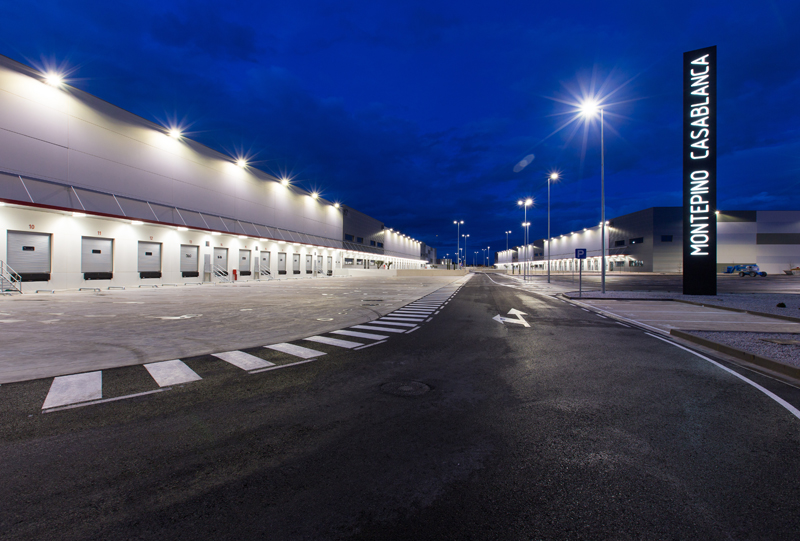 The building, which has LEED Green Building level certification Silver, is built on a plot of 84.983,02 m² and its construction is composed of two buildings totaling a total area of 47,427.23 m² and an investment of 30 million euros . It has been built with the highest technical specifications of quality and complete facilities, such as free storage height of 12 m, springs ratio of 1/800 m², structure and concrete enclosure, wide maneuvering beaches, fire system with sprinklers type ESFR and LED lighting, among others. For all this, the platform presented today by Inversiones Montepino, has the most modern design and with all its characteristics adjusted to the needs of logistics operators. 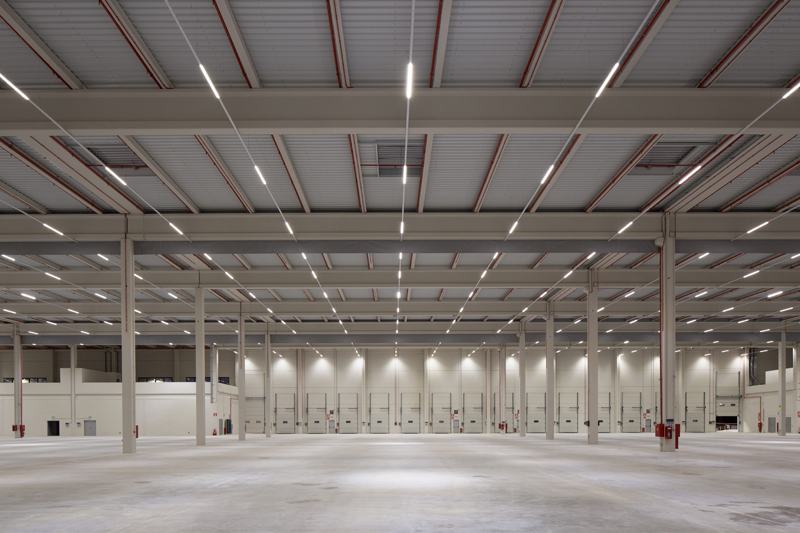 The event was also attended by a team representing the real estate consultancy ProEquity, in charge of commercializing the development.

About Inversiones Montepino:
Inversiones Montepino, is a company integrated in the Europroyev group and participated among others by BANTIERRA and is specialized in the promotion of “turnkey” solutions. During these years of crisis it has reinforced its position as one of the main players in the segment of developments under this modality. Thus, between 2012 and 2014, Inversiones Montepino has executed the largest operation of a “turnkey” building since 2007 in Spain, with the construction of the new building for the North Campus of the European University in Alcobendas. In addition, in 2015, it has carried out the two largest land purchases in the market since 2007, both operations advised by Proequity.

He currently develops the platform in Torrejón de Ardoz, which he sold to the English investment fund manager ROCKSPRING, last spring and the SI 20 platform in Cabanillas del Campo, which he sold to Merlin, the largest Socimi in Spain, both sales operations advised by Proequity. Currently with the two logistics platforms under construction, it is the largest developer of logistics surface in Spain, with more than 200,000 m2 under construction at the same time.

Since 2000, the group has built more than 250,000 m2 of industrial space, being in 2007 when the Group landed in Madrid, as the natural process after years in the Aragonese regional market. Throughout these last 6 years, despite the period so adverse that has had to face, has established itself as one of the main players in the National market. With special relevance in the sector of rental operations under the “key hand” model. Highlighting the activity carried out since 2012, when Inversiones Montepino was founded.